Arusha, 01 November 2010.Supporters of a political party demonstrate the day after the elections because the government did not publish the results yet..The European Union has launched an Election Observation Mission in Tanzania to monitor the general elections, responding to the Tanzanian government invitation to send observers for all aspects of the electoral process..The EU sent this observation mission led by Chief Observer David Martin, a member of the European Parliament. .PHOTO: Ezequiel Scagnetti / European Union 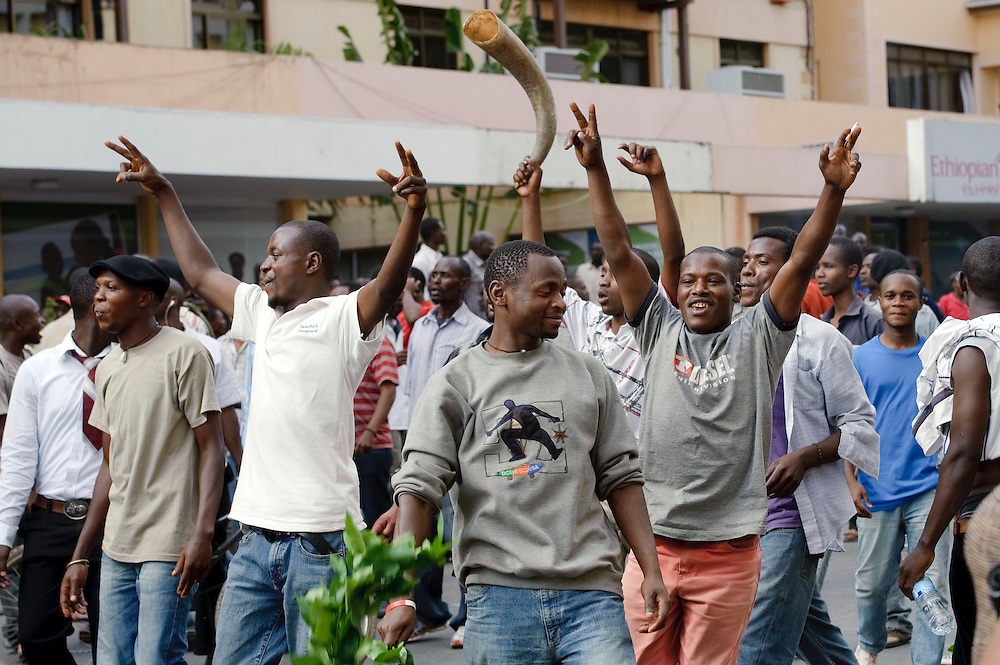