Dar Es Salaam, 31 October 2010.A Tanzanian religious is listening to a polling station officer who is explaining in which box she should drop her vote..The European Union has launched an Election Observation Mission in Tanzania to monitor the general elections, responding to the Tanzanian government invitation to send observers for all aspects of the electoral process..The EU sent this observation mission led by Chief Observer David Martin, a member of the European Parliament. .PHOTO: Ezequiel Scagnetti / European Union 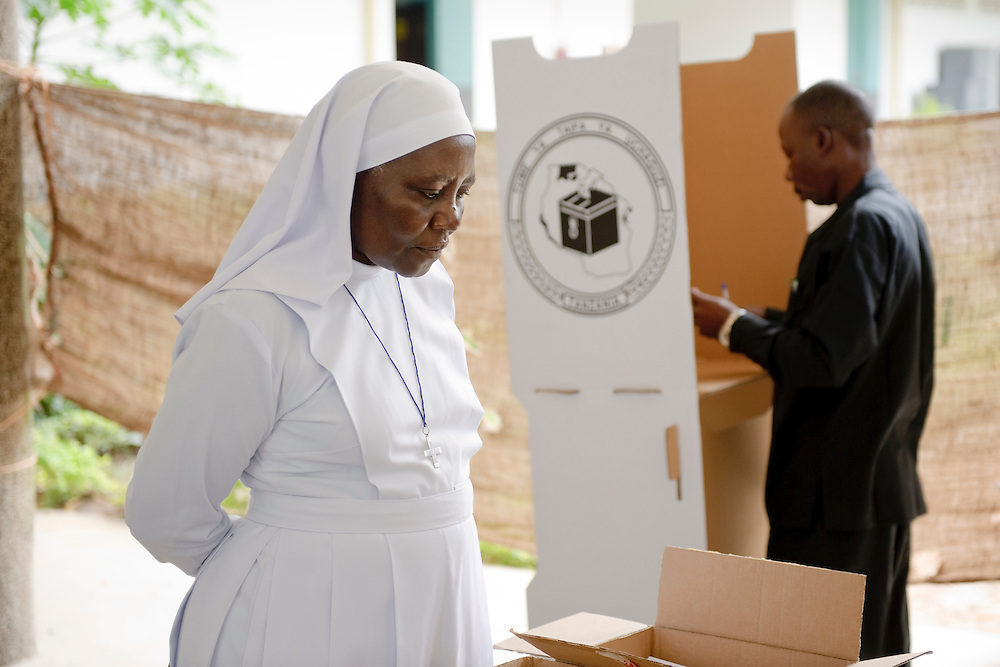